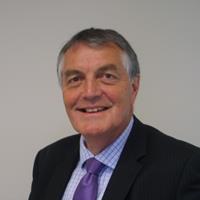 Part of our Commercial Property team in Wrexham

Elwyn Edwards joined the GHP Legal property team as a Consultant Solicitor in May 2016. Based in our Wrexham head office he specialises in commercial property and has acted for institutional investors, property developers, major landlords and most of the high street lending institutions.

A former partner for 35 years of international law firm Hill Dickinson, Elwyn has developed a particular expertise in buying and selling holiday and caravan parks of all sizes, including some of the largest and most prestigious along the North Wales coast. He has also acted for the Liverpool Diocesan Board of Finance, a major property owner in Liverpool and Lancashire.

Born and raised on a farm in Pentrefoelas near Betws y Coed, fluent Welsh speaker Elwyn attended Llanrwst Grammar School before graduating in Law at the University of Liverpool. After qualifying he was articled at a firm which later merged to become Hill Dickinson and remained there for 40 years, 35 years of which he was a Partner.

When he is not working Elwyn enjoys landscape gardening, or, in his words, digging big holes, moving giant rocks and logging. He also likes rambling, cycling and contemporary music as well as following the Welsh International Rugby Team and Liverpool FC, and, of course, supporting the Welsh football team (Gorau chwarae, cyd chwarae).