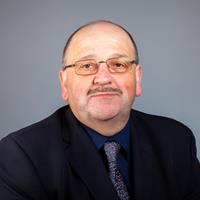 Henry is utterly committed to achieving justice and ensuring people’s rights and liberties are safeguarded.

After a career in the Probation Service, Henry qualified as a Solicitor in 1998.  During his career as a Criminal Defence Lawyer, he has experienced all levels of cases, from road traffic through to serious and complicated cases in the Crown Court.

Henry qualified as a Higher Courts Advocate in 2009, and he practices mainly in the Crown Court.  He is an experienced trial Advocate in a wide range of cases, including serious violence, drugs, sexual offences, robbery, and burglary, and has maintained a high success rate across the board.

Henry brings his wide range of experiences of life and people to bear on his work.  He is meticulous in his preparation; he is determined to achieve a fair and proper result for all those whom he represents.  He has a particular aptitude for and is skilled at working with vulnerable witnesses and clients. As Henry says “It is essential that each client is looked after with care and dedication so that they feel confident that their case is being advanced in their best interest”.

R -v- R and others (Mold Crown Court sitting at Chester; and the Court of Appeal) [2012] EWCA Crim. 1509
Appeared in this conjoined appeal, representing the Appellant Doran, in what has become the leading authority on hearsay evidence.  The appeal in Doran’s case centred on the admission of the deceased Complainant’s ABE video recording as hearsay on the application of the Crown.  It was submitted on behalf of the Appellant that, amongst other things, the video interview was unreliable because of the way in which it was conducted, and ought not to have been admitted.  The Court of Appeal held that the conviction was safe and the appeal was dismissed.

R -v- S (Caernarfon Crown Court 2013)
Defended a Polish Defendant charged with Section 20 Wounding.  Upon arrest, the Defendant told the Police that he had smashed a bottle over the Complainant’s head.  The jury acquitted, apparently accepting the proposition that the statement was ‘lost in translation’.

R -v- B (Mold Crown Court 2015)
Secured the acquittal of a Turkish Kebab Restaurant Assistant.  The Defendant drove a customer home at her request and invited him into her daughter’s bedroom at 3am; it was alleged that he then sexually assaulted the 17 year old daughter.  The jury appeared to accept that this was the story of ‘a strange event’, and acquitted the Defendant.

R -v- O (Mold Crown Court 2015)
The 78 year old Defendant faced allegations of Indecent Assault upon his daughter some 40 years earlier.  He was acquitted on all accounts.

R -v- D (Mold Crown Court 2015)
Secured acquittal in a case of Burglary Dwelling.  The Defendant was alleged to have gone into a farmhouse and stolen a car key, then got into the car and started the engine.  The Complainant farmer went over to the Defendant, and they engaged in a conversation while the Police were called.  The Defendant’s case was that he was troubled by evil spirits, and was seeking refuge; but he did not enter the farmhouse, the key was in the car ignition.  The jury acquitted after 30 minutes’ deliberation.  As a sad post-script, I learned that the Defendant committed suicide in August 2016.

R -v- R (Mold Crown Court 2016)
Defended in a five day historic sex case involving three Complainants who made allegations of a very serious nature, including Rape of a child under 13 years.

R -v- T (Swindon Crown Court 2016)
Defended in a five day historic sex case involving two former step children.  The Defendant faced a 13 count Indictment; he was acquitted on six of nine counts of Indecent Assault on Complainant No.1 (female); and he was convicted of two counts of Indecent Assault on Complainant No.2 (male).  The jury could not reach verdicts in respect of the five outstanding counts. The Crown did not seek a re-trial.

R –v- N (Swansea Crown Court 2017)
Represented Mr N in a case of ‘hot-tapping’, the first of its type in Wales. The incident occurred in Pembrokeshire when over 2000 litres of diesel were stolen. A case reported nationally as Mr N and the two Co-Defendants managed to break into one of Britain’s biggest underground pipelines by using a ‘hot-tapping’ method of extraction, drilling directly into the pipeline.

R -v- B (Mold Crown Court 2017)
Secured the acquittal of Defendant who faced a charge of Section 20 GBH, alleging that he had caused a fracture to his mother’s jaw by punching her.  The defence was that she was drunk, fell and her face hit the edge of a table when trying to attack the Defendant.  The jury came back with a unanimous Not Guilty verdict.

R -v- M (Mold Crown Court 2017)
Secured Defendant’s acquittal in this historic sex case:  prosecuted after the Police conducted a ‘cold case review’ of allegations which had surfaced in 2000 in respect of alleged events in the 1970’s/80’s.  The three complainants alleged sexual abuse, including Rape, when they were under 13 years of age.  This five day trial concluded with acquittals in relation to all 10 counts on the Indictment.

R -v- H (Chester Crown Court sitting at Liverpool Crown Court 2017)
Secured Defendant’s acquittal in this road rage incident involving a traffic warden complainant. Defendant had pleaded Guilty to Threatening Behavior (Section 4 P.O.A) in the lower Court, but he was committed to the Crown Court for trial in respect of Section 47 Assault.

Henry is a member of the following professional groups: