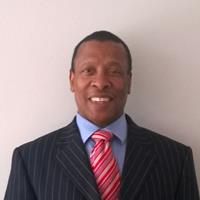 Ronald Carter is a Senior Associate Chartered Legal Executive and Head of our Corporate Law team.

Ronald Carter is a Senior Associate Chartered Legal Executive with responsibility for company commercial matters across all our offices. Based at 21 The Cross, Oswestry, he joined GHP Legal in October 2019.

After qualifying as a Fellow of the Chartered Institute of Legal Executives (CILEx) in 1980, due to his young age Ronald had to wait until 1983 to be admitted. He then began his legal career in London’s West End, achieving appointments with Mishcon DeReya and Nabarro Nathanson (now part of the CMS Cameron McKenna Nabarro Olswang LLP firm).

During his 15 years’ as a general litigator and subsequent 10 years as a company commercial lawyer prior to joining GHP Legal, Ronald represented corporate giants such as British Airways, Singapore Airlines, ICI, Unilever, Nat West Group, Midland Bank, Societe Generale and many high net-worth individuals. After deciding to concentrate solely on company and commercial law, Ronald’s expertise and reputation as a respected authority on transacting business in the Middle East led to him being invited by the Department of Trade and Industry and regional chambers’ of commerce on many occasions to lead seminars.

This wide and varied experience as both a litigator and a company commercial lawyer is what enables Ronald to provide practical and well thought out solutions for clients’ business operations, whoever and wherever those clients are, both old and new.

After commuting into London for many years Ronald says he is now enjoying a better quality of life in rural Shropshire and North Wales and believes gruelling travel and expensive city centre offices are heading towards becoming a thing of the past thanks to the onset of digital communication.

Ronald is a keen fitness fanatic who enjoys his gym sessions. He is an accomplished musician and song writer, having released three albums all of which received critical acclaim. Ronald’s main instrument is guitar but he also plays bass guitar, keyboards, drums and percussion. (Not to be confused with American double bass legend “Ron Carter”)