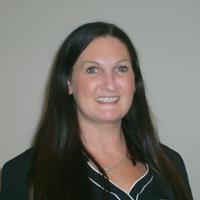 Christie Ankers-Phllips is a Solicitor in the Criminal Law dept based in our Wrexham office.

Christie Ankers-Phillips specialises in Criminal and Immigration Law and works in our Wrexham head office. Working within the specialist crime team, she deals with cases in the Magistrates courts, County courts and High courts across North-west England, North Wales and Shropshire.

After gaining a BA Hons degree in History, Theology and Religious Studies, Christie was later awarded an LLB Law degree from the University of Law Christleton after completing both the Graduate Diploma in Law (GDL) and the Legal Practice Course (LPC) in which she gained a commendation.

Although she began her legal career with more than three years’ experience in the complex field of immigration law and family law, with some Wills and Probate law added for good measure, Christie’s dream always was to become a Criminal lawyer.  With this in mind she volunteered for the Witness Service at both Wrexham and Mold magistrates’ courts after completing her LPC in 2013.

Joining the Crime department at GHP Legal not only enabled Christie to realise her dream of becoming a criminal lawyer but it also brought her back to her home town of Wrexham, where she lives with her three children. As a busy working mum Christie has little time to relax, but whenever she gets the opportunity she likes to pop on her trainers and go for a run to clear her head.