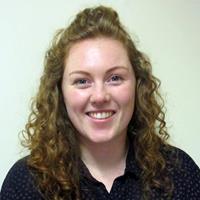 Rhona Scullion is a Paralegal Advocate based at our Wrexham head office. Working within the Prison Law and Mental Health teams

Rhona Scullion is a paralegal advocate based at our Wrexham head office. Working within the Prison Law and Mental Health teams, she joined GHP Legal in November 2019.

Having had a long time interest in human rights Rhona gained experience in this area of law whilst working for a short time at the European Court of Human Rights in Strasbourg, France. After returning to the UK in 2017 she took up a position as a prison law adviser with a specialist law firm in Nottingham, where she gained a thorough grounding in all aspects of prison law and represented clients across England and Wales.

Originally studying English and Modern History at the University of St Andrews where she gained a high 2:1 degree, Rhona went on to spend six months teaching English as a foreign language in Hong Kong. She later worked for a few years as a journalist and copywriter, the highlights of which were working for six months in Peru and attending the UN Conference on the Status of Women 2015 in New York as a reporter.

Following her work overseas Rhona decided to make a career change and convert to law. She studied the Graduate Diploma in Law at Nottingham Law School, graduating top of her class with a distinction grade in 2016. The following year she passed her Bar Professional Training Course, also at Nottingham Law School. It was after completing the Bar Course that she applied for and was awarded the Peter Duffy Human Rights Scholarship to go and work at the European Court of Human Rights in Strasbourg, France, for three months.

In her spare time Rhona loves to travel, despite having a lamentable sense of direction, and just recently spent two weeks getting lost in Japan! She became vegan a few years ago and likes to experiment (with varying levels of success) in the kitchen, as well as attempting to balance all of the vegan cake consumption with various forms of exercise. Running, yoga and swimming are her current choices, but she has played racket sports in the past and would love to pick them back up again when time allows!