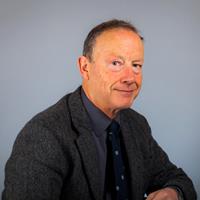 Chris Scott returned to GHP Legal in 2006 after his Ellesmere based firm of Christopher Scott & Co merged with ours. He first joined as an articled clerk in 1990 and stayed on as an employed solicitor until 1996. Now a consultant he works part time in the property department of our Llangollen office where he acts on behalf of both private and commercial clients, handling legal matters mainly associated with freehold and leasehold property.

Born in South Wales Chris grew up in London but moved back Wales for university. He has four children and now lives in Shrewsbury.  His interests include running (he says in the loosest sense of the word): he is a member of the Shropshire Shufflers and has been know to run the occasional half marathon and 10K.