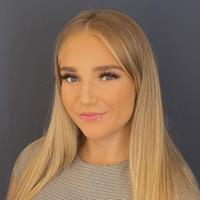 Deon Hayward is a Solicitor and part of our Family & Matrimonial team in Oswestry.

Deon joined GHP Legal in June 2019 as a Trainee Solicitor. With a keen interest in private children matters, injunction proceedings, divorce and finance, she currently shares her time between the Family departments at our Wrexham and Oswestry offices.

Born in Wrexham where she lived until she went to university, Deon graduated from Liverpool John Moores University with a First Class BA Hons degree in Law and Criminal Justice. During her time there she was received the Moses Ackah Prize for the highest results in Land Law. After her graduation Deon went on to University of Law, Chester where she completed the LLM, Legal Practice Course (LPC) with combined Masters.

Alongside her legal studies in law Deon spent three years as a volunteer at Welsh Women’s Aid (now DASU), where she became a part of STAR Crucial Crew to deliver presentations to secondary school students to raise awareness of domestic abuse and won the Wales Volunteer of the Year Award. She has also volunteered at the Personal Support Unit, Chester Family Court, assisting litigants in person through court proceedings.

In her spare time Deon loves to dance and has represented Wales in the 5 Nations and held numerous Welsh Championship titles. She is also a keen traveller, spending time as a student in Thailand where she taught English at Vijitsuka School for three weeks.