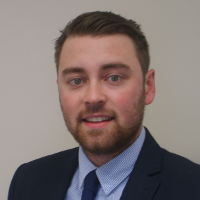 James Denton is a Solicitor in our Civil Litigation team in the Oswestry and Wrexham offices.

James joined GHP Legal as a paralegal in November 2017, became a trainee solicitor in March 2018 and qualified in February 2020. Currently based in our Oswestry office he works in the Civil Litigation Department with an emphasis on Employment Law.

Llangollen born and bred, James returned to his roots after gaining a 2:1 degree in Law and Spanish at Swansea University. As part of his degree he spent a year studying at the Faculty of Law at the University of Salamanca in Northwest Spain and also worked for two months one summer in a Californian court near Los Angeles as an intern to a Federal Court Judge. James completed his law training at the College of Law in Christleton, Chester, in 2017.