An Oswestry solicitor has been the talk of work colleagues and clients alike this week, after making his debut with Cardiff RFC in their Challenge Cup game against Bridgend Ravens at the Arms Park on Wednesday evening.

Hywel Jones first played rugby in the city with Division 6 team, Clwb Rygbi Cymry Caerdydd, when he went to Cardiff University as a law student in 2008. He won player of the year with the club in the 2011-12 season and was invited to train with Cardiff RFC during that summer.

After returning home to Mid-Wales the former Llanfair Caereinion High School pupil, who grew up on the family farm in Foel, has played prop for his home town club COBRA which is based in Meifod. Hywel has been vice-captain of the club for the past two seasons.

Speaking about his association with Cardiff, Hywel said today: “Since moving back to Mid-Wales I have been contacted by the coach of Clwb Rygbi Cymry Caerdydd on a few occasions asking for me to return to Cardiff to play for them when they have an important match.

“To celebrate 50 years since the club’s formation a fixture was arranged against Cardiff RFC on December 10th and I was asked to play in the match. Despite the swamp-like conditions I felt I had played a good game. Then last weekend, after playing for COBRA against Bala in Division 1 North, I received a message from the coach of Cardiff RFC asking me to play for them on Wednesday.

“Along with my friend, Oliver Jenkins, I was selected on the basis of my performance in that match and we drove to Arms Park on Tuesday, trained with Cardiff RFC and played for them against Bridgend the next day. Unfortunately we lost 24 15 but it was an unbelievable experience even though I only played for about an hour. To play in a historic stadium like Cardiff Arms Park, in front of a large crowd, was a dream come true.”

Richard Lloyd, a Partner with leading Shropshire and North Wales law firm GHP Legal who heads up the property team in Oswestry where Hywel works, said: “We are very proud of Hywel’s sporting achievements and wish him luck in the coming rugby seasons. Over the years GHP Legal has had several accomplished sportsmen and sportswomen within its various departments and it is good that the tradition continues.” 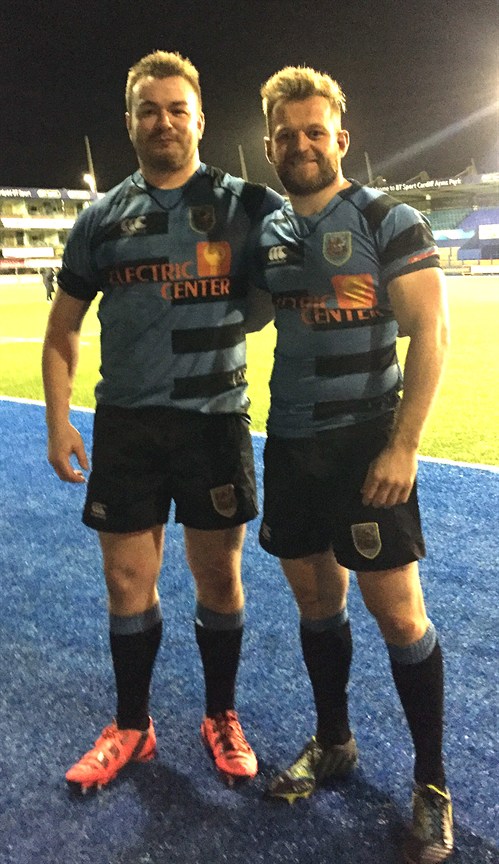