Despite the diversification of business activity that has taken place on farms across the county in recent years the agricultural industry has, according to one long time exhibitor at the Oswestry Show, still managed to retain a close family culture.

Speaking after this year’s show where they won third prize in the trade stand competition, solicitors at law firm GHP Legal said it was refreshing to see so many farming families out enjoying the event together. With offices in Oswestry, Chirk, Llangollen and Wrexham the firm has one of the largest agricultural departments in the region.

John Hulme, a partner with GHP Legal, said: “The agricultural community has suffered many setbacks over the last few decades, starting with the BSE crisis of 1996 and subsequently foreign competition, cuts in subsidies and poor weather to mention but a few reasons. Yet the resilience and resourcefulness of farmers still manages to shine through.

“More importantly,” he continued, “after going through a trend at the start of this century which saw a considerable exodus of the younger generation from the farming community, we are now seeing a much higher retention and agricultural colleges are reporting record numbers of student applicants.

“I believe this new trend is due to the younger generation creatively seizing opportunities to branch out in more imaginative and aspirational ways that are, for example, enabling them to supply premium produce to specialist markets, possibly fuelled by television programmes such as Master Chef.

“All this is great news for the many farmers we speak to, who have increasingly come to us for legal advice about exit strategies and inheritance tax planning as they feared their farms would become redundant when they retired or died. It also means of course that events like the Oswestry Show will hopefully be able to continue to promote agriculture and rural ideas for another 131 years!” 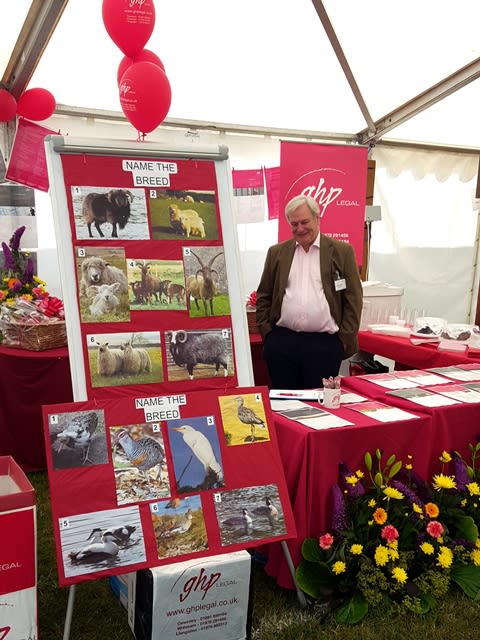