One of the region’s top law firms, with offices in Wrexham, Llangollen, Chirk and Oswestry, has announced the appointment of two new partners.

GHP Legal, which ranks in The Legal 500 list of top UK law firms, has appointed Michael Keeling and Hywel Jones to its partnership, bringing the total number of partners to twelve.

Based at the firm’s Oswestry office where he specialises in the acquisition and sale of agricultural, commercial and residential property, farmer’s son Hywel Jones hit news headlines in January 2017 when he made his debut with Cardiff RFC in their Challenge Cup game against Bridgend Ravens at the Arms Park. He joined GHP Legal in 2015.

Michael Keeling, whose family have been in Chirk for many decades, joined GHP Legal in 2016 and more recently took over the running of the firm’s Chirk office following its merger with the long established local practice of Stevens Lucas. Michael deals with commercial and residential property transactions as well as handling private client, wills, trust and probate work.

Speaking about the firm’s latest appointments senior partner, Richard Lloyd, said: “GHP Legal already has a strong team of Equity Partners who are all experts in their own field. Hywel and Michael will be bringing to the table additional skills and energy that will enhance that team.” 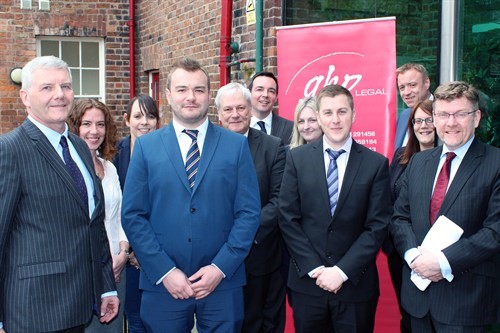 Part of our Property team in Oswestry